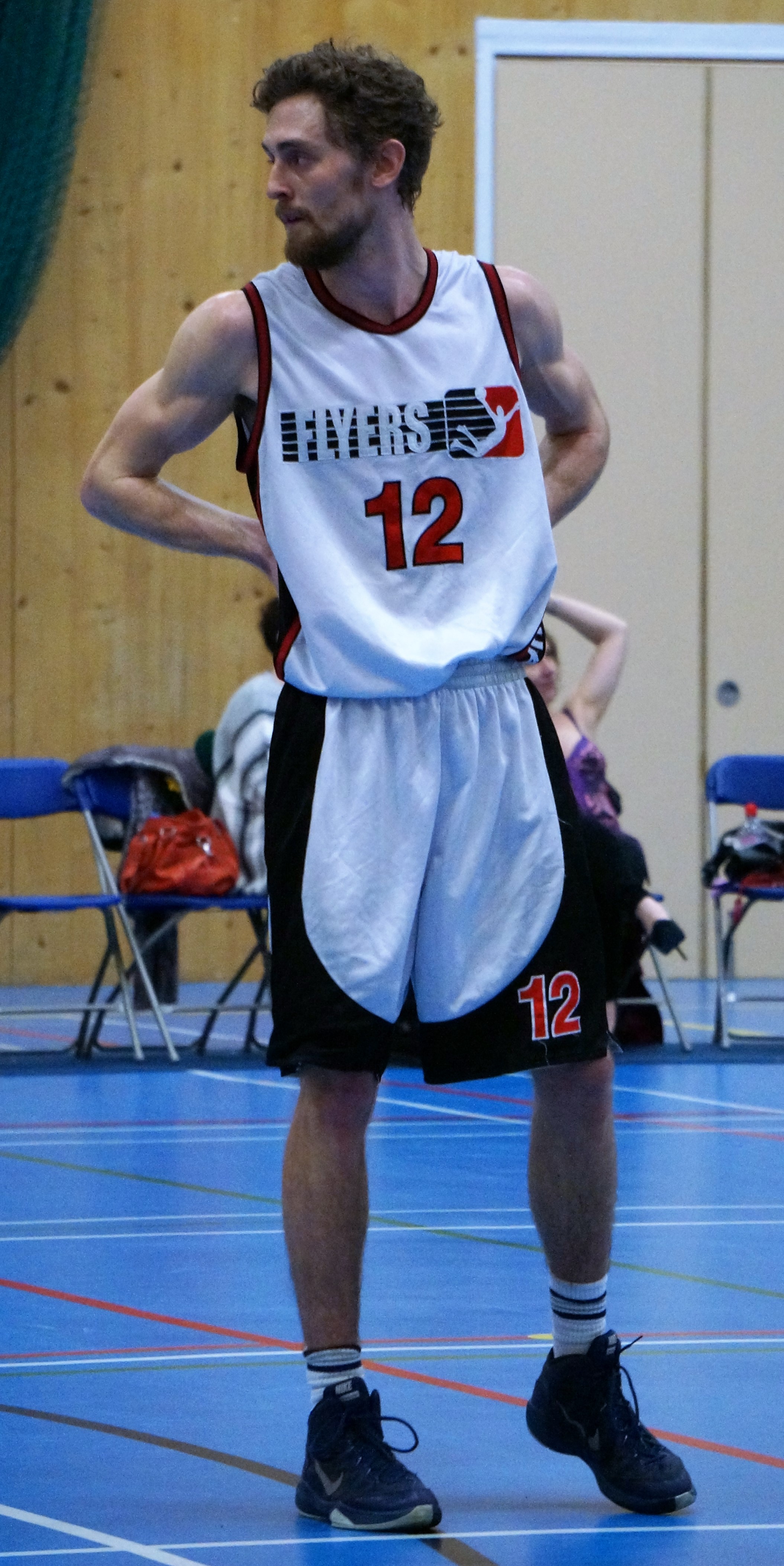 Flyers Put Cavaliers to the Sword

With only three games to go, each one is vital in keeping the Flyers prospects of progressing to the play-offs alive.

Thames Valley Cavaliers had only suffered a single defeat throughout the season, the Flyers were relishing the chance to inflict a second defeat – and they were not to be denied.

The opening minutes of the game both sides traded baskets until the score was 5 each when the Flyers took control and went on a 12 point run which the Cavaliers did not respond to, the score widen to 17:5.

Whilst the Cavaliers did close the margin the Flyers had a 6 point margin at the first break.

The second quarter became a close fought contest with the Flyers relinquishing their lead by the half break with a two-point deficit 39:41. There was a crucial thirty seconds where hustler Dan Marshall rolled his ankle and big man Jim Grainger ‘tweeked’ his knee suddenly the bench did not seem so strong.  The Flyers maintained their confidence and round out this period.

Coach Knode was happy with the situation at half time with the squad down by just 2 points against second in the league Thames Valley.

With instructions to remember what had been practised all week and to ensure the Flyer played their own game the second half opened and the Flyers turned over the deficit and opened up an 11-point lead, but gain the Cavaliers reacted and closed reduced this to 5 points at the final break.

Nerves were tense on both sides , the Flyers confidence in themselves was maintained buoyed by the return to the boards of Jim Grainger whose knee had recovered.  The flyers lead was trimmed to a single point in three minutes , but they did hold onto it and from there it widened again.

With two minutes left, they had a 7 point lead. The squad kept possession and played the ball to play out the time, forcing Cavaliers to foul to get possession. Oscar Wilkins and Tomas Politi played up to the Cavaliers getting themselves fouled and ensured that the free throws were taken full advent age and sunk. The fouling out of pivotal big man forward Jack Price tweaked the squads nerves but there confidence held

The game played out with the Flyers taking  the 10 point win they deserved. MVP for the game was Jack Price with a double/double of 14 rebounds and 13 points. Damian Knode , Oscar Wilkins and Tomas Poliiti also got into double figures with 10,14 and 15 point respectively. Tom Peters shooting also returned to him boosting his confidence with 8 points. All round it was a team performance with everybody contributing